Various experts introduce their own selection of the works on JAFC. 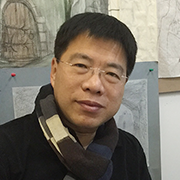 Japanese Animated Film Classics enabled me to understand the attitudes and interests of animation artists in the early days of Japanese animated films. This website provides access to a large number of animation works created by Japanese animation artists who searched for diversity of expression and performed experiments during this period. Some of the works show they were influenced by American cartoons. However, direction, camera work and character design clearly reveal the national characteristics of Japan. Also, the stories contain metaphors and political allegory that convey the artists' thoughts regarding nation, class and human relations through the animated films. Therefore, users of this website will be able to understand the history of this period as well as the artists' messages. The group of animated films presented on this website provides valuable materials for present-day animation artists to learn from. 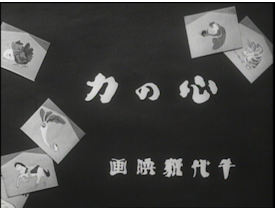 Choice reason of the work
This animated film is based on an interesting story that lasts as long as 18 minutes. Among the many outstanding works of animation, I was particularly drawn to Will Power with its unique sense of humor and design patterns reminiscent of ukiyoe drawings. The theme "Trust Yourself" emerges from the story of this film. The message of this film is we are able to achieve our goals without help from other people or the gods. Thus, the story reveals Noburo Ofuji's self-confidence. In terms of drawing technique, this work also uses advanced expressions. For example, although this is a silent movie, Ofuji adopts a cartoon technique to express sounds other than conversations between the characters. Also, due to its nature as a cutout animation, the scenes are composed of two-dimensional drawings without perspective. Nevertheless, there is no confusion in the connections between shots and the spatial arrangements are clearly defined. The story's theme is profound. However, the direction is full of humor, allowing the audience to feel Noburo Ofuji's power to create a unique rhythm in animation. This animated film provides many valuable lessons to animators. It is also a very interesting film for the general audience. 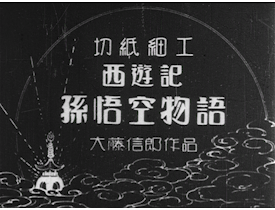 Choice reason of the work
I chose The Story of the Monkey King because this work is an adaptation of The Journey to the West, which Noburo Ofuji ventured to create in the early days of animation in Japan. In this film, traditional Chinese literature and Japanese culture are fused in a delicate balance. When I saw the scene where a mountain reminiscent of Mt. Fuji appears in the movie, I burst out laughing at the strange combination. The film lasts only eight minutes. The story is a simple one, in which Master Tripitaka encounters his three disciples and obtains the sacred sutras. However, the characters are depicted with cutout drawings that resemble Chinese designs. These sophisticated designs are elegant even by today's standards. At the same time, this film also appeals to the Japanese sense of stylish beauty. Everything—including the overall design of the work, its title, as well as the style of the captions—is ingenuously unified. The film is worth studying by repeatedly observing how these elements are integrated. 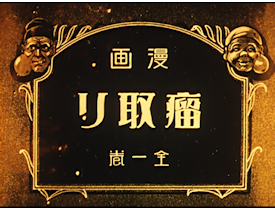 Choice reason of the work
This is a tinted animated film created based on a Japanese folk tale. The story is organized at a high level of perfection and emotions are also expressed in an elegant style. The character designs are realistic and the direction is delicate and yet clear. Particularly noteworthy is the expression of light and shadow in this film. The depiction of light and shadow provides an overall harmony to the film with a picture-book quality, thereby creating an atmosphere that perfectly fits the old tale. This film is filled with diverse traditional Japanese elements, which create a strong impression of national characteristics. Connections between the scenes and the camera work are simple due to technical limitations; nevertheless, detailed description of the characters keeps us away from boring moments when watching the film. It is a very interesting work of cutout animation, which should provide valuable tips for present-day animators as well.

FAQ about the films
You can learn more about the works of Japanese animation film classics.