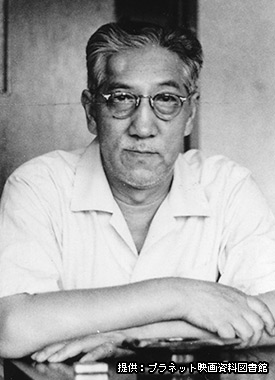 Murata enjoyed drawing from an early age and went to work at movie theaters as a signboard artist right after graduating from junior high school. After the Great Kanto Earthquake, he was employed at the Yokohama Cinema Shokai run by his old acquaintance Eisuke Saeki. Murata visited Sanae Yamamoto, who lived nearby and with whom Murata became acquainted as an art school student, to learn animation techniques, but in the end, studied on his own through trial and error. His debut film Monkey and the Crabs (猿蟹合戦, 1927) and subsequent works were produced using a paper cutout technique, which was so highly refined that audiences often mistook it for cel animation. At the Yokohama Cinema Shokai, he was placed in charge of creating the Athena Library Series (1925-39) together with Chuzo Aochi as script writer, and Yukikiyo Ueno as cinematographer. They released approximately 50 works. Murata left the company in 1937 and established the Murata Manga Seisakusho in Yokohama, however it was acquired and merged with Nihon Eigasha in 1941, where Murata stayed on as the arts section chief until the end of WW2. After the war, he joined the Nihon Manga Eigasha, established by Sanae Yamamoto, as managing director. In 1956, he once again set up an independent company called Murata Seisakusho where he mainly produced advertisements and promotional films.